Running system on ia32-generic-qemu (PC based on IA32 processor)

This version is designated for generic PC based on the IA32 processor. To launch this version the final disk image should be provided. The image is created as the final artifact of the phoenix-rtos-project building and is located in the _boot directory. The image consists of the bootloader (plo), kernel, TTY VGA driver, ATA driver with ext2 filesystem.

To run the system image under qemu you should type the following command (launched from phoenix-rtos-project directory).

Phoenix-RTOS will be launched and the psh shell command prompt will appear in the terminal. 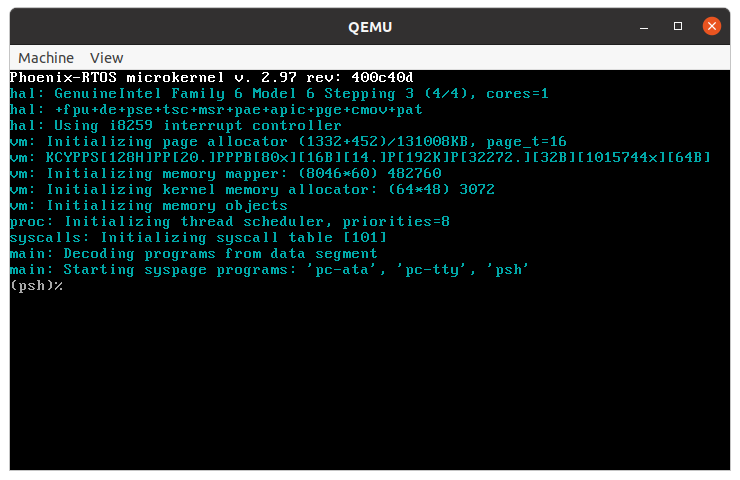 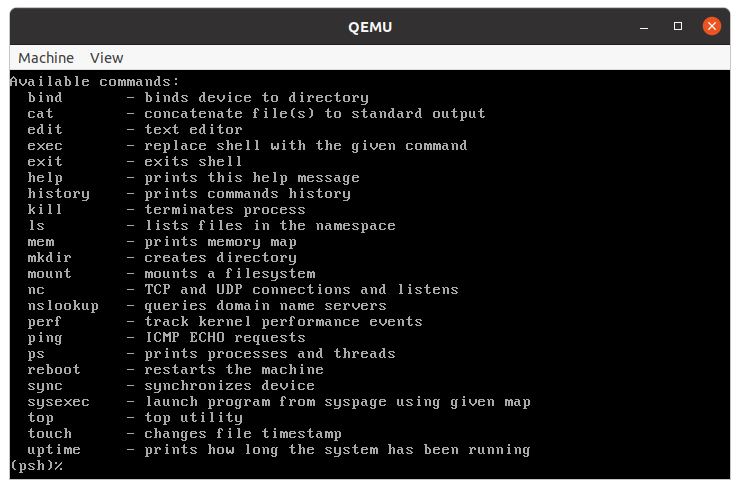 In order to run one of the user applications you should type /usr/bin/appname, for example:

The result is presented below.

You can press ctrl + c to quit the voxeldemo app.

To get the list of working processes please type: 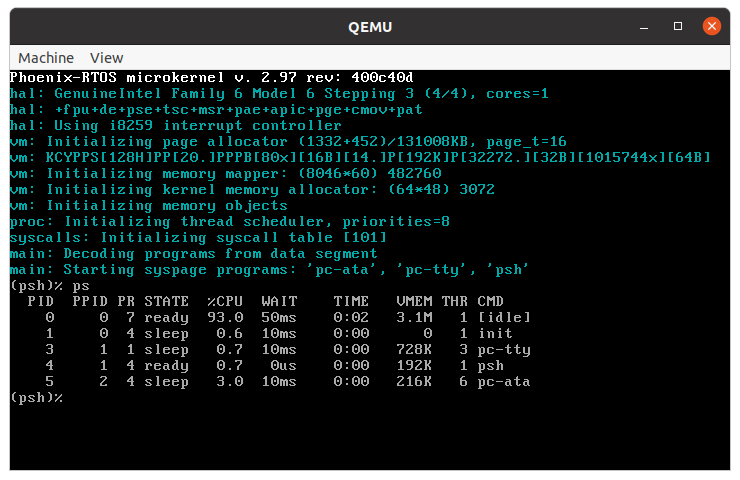 There is a possibility to run the ash shell, it can be launched using the following command. 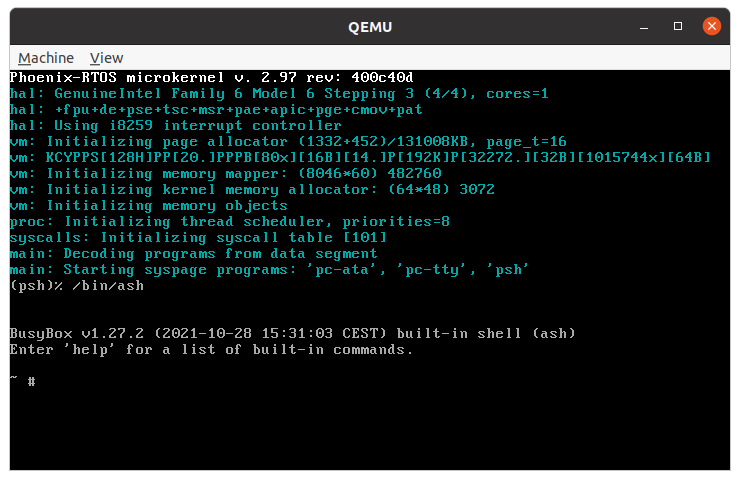 Phoenix-RTOS image can be also launched on multiple processor cores. To do this please define the number of cores (e.g. 4) using the following command (launched from the phoenix-rtos-project directory).

The number of detected cores is presented during kernel initialization. 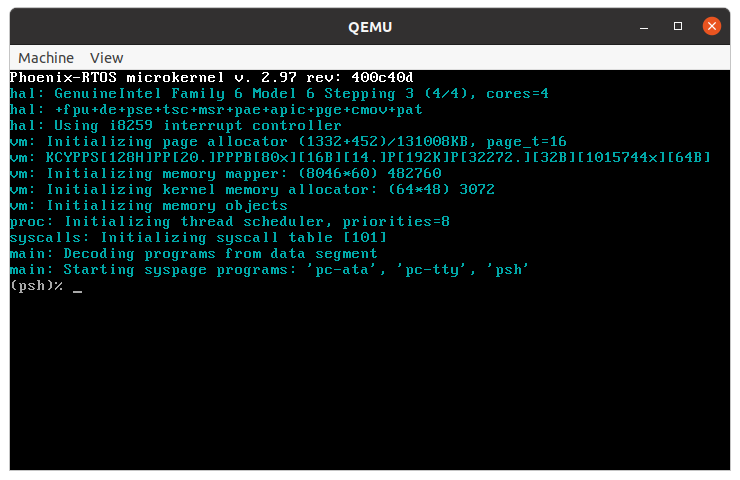 To run the image on regular hardware please be sure that a target system is equipped with an ATA disk supporting the PATA interface. The image should be copied to the boot disk using the dd command (it is assumed that the target disk is represented by /dev/sda block device).