A consortium of Phoenix Systems, Netia, Atende and Atende Industries establishes in Brussels the international association Edge-IoT Alliance. Its mission is to define an open operating system interface standard for Edge-IoT to make it easier to build and run applications directly on edge devices. The association will bring together primarily European industrial companies interested in standardizing the environment of Edge-IoT devices that are key to the further development of the IIoT (Industrial Internet of Things) market.

According to the IDC FutureScape: Worldwide IT Industry 2020 Predictions report, by 2023 more than 50% of new enterprise IT infrastructure will be deployed at the edge of the network rather than in corporate data centers, compared to less than 10% today. By 2024, the number of edge applications will increase by 800%.

„As part of the Edge-IoT Alliance agreement, we meet market changes by defining an open operating system interface standard for resource-constrained edge devices. The point is that applications for edge devices should be written in the same way as we know from the world of personal computers and smartphones, and that they can be easily transferred between different devices. Figuratively speaking, the point is that a program written for an edge device can run on a water, gas, energy meter, run on a washing machine, drone and a new autonomous car” – says Paweł Pisarczyk, the originator and one of the founders of Edge-IoT Alliance, and at the same time the president and CEO of the companies Atende Industries and Phoenix Systems from the Atende Group.

“The Netia Group has extensive experience in commercialization and effective implementation of Cloud and Security solutions. In search of new development opportunities in the B2B segment, we are willing to open up to cooperation with the creators of innovative solutions. In our opinion, the standardized operating system for Edge-IoT has great potential and a chance to compete on the global IoT market. I am convinced that our joint competences in the field of designing and building cloud solutions will allow us to efficiently develop a central platform for gathering, processing and analyzing data from Edge-IoT devices, unlocking our and our partner's full innovative potential.

The solution with which we begin our joint adventure, i.e. Smart Grid and supporting environmentally friendly energy, is also one of the market priorities, especially important from the point of view of effective emission reduction. It is worth mentioning that for some time now all Netia's Data Center facilities, and with them also our cloud services from the NetiaNext line, have been 100 percent powered by green energy "- said Andrzej Abramczuk, President of the Management Board and CEO of Netia S.A.

Edge-IoT, i.e. the edge of the Internet of Things is a concept based on the industrial cloud, assuming that sensors and devices gather, analyze and transmit data to the cloud in real time. This architecture solves the problems associated with delays in data transmission because the data is processed closer to its origin, and also provides greater security and a smoother end-user service. Emerging high-speed networks such as 5G are increasingly using Edge-IoT standards to process large amounts of data almost instantly. Thus, new fields of application are opening up for existing devices, which, thanks to appropriate and standardized operating systems, will be able to act as a computer and become a platform for user applications, similar to e.g. smartphones. The newly established association aims to standardize the operating system for Edge-IoT in order to, similarly to the environment of mobile devices, enable the development and smooth migration of user applications between devices and facilitate their integration with the cloud, ensuring the so-called Cloud-Edge-IoT Continuum.

"Together with Netia, we invite representatives of Industry 4.0 to our association, who, just like us, believe that an open and standardized operating system on edge devices, even those based on smaller microcontrollers, is crucial for the development of the industrial cloud and the industrial Internet of Things" - adds Paweł Pisarczyk. 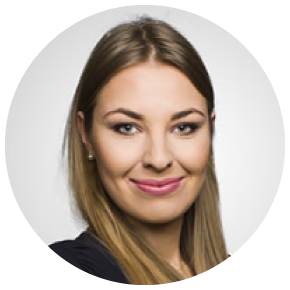