Port is the communication endpoint used for passing messages between executed threads.

When message is sent by the proc_send function the sending thread is suspended until the receiving thread executes proc_recv function, reads data from input buffer, writes the final answer to the output buffer and executes proc_respond. The rid word identifies the receiving context and should be provided to the proc_respond function. There is possible to execute a lot of instruction between receiving and responding procedure. Responding function is used to wake-up the sending thread and inform it that data in output buffer are completed.

To prevent copying of big data blocks over the kernel when communication goes between threads assigned to separate processes special optimization is introduced. When message is received by the receiving thread input and output buffers are transparently mapped into the receiver address space. To prevent interference with other data, if any of these buffers is not aligned with the page, the heading or tailing part of this buffer is copied to the newly allocated page mapped instead of the original page. When receiving thread responses to the message the buffers are unmapped and heading or tailing parts are copied to the original page located in sender address space. This technique is briefly presented on following figure. 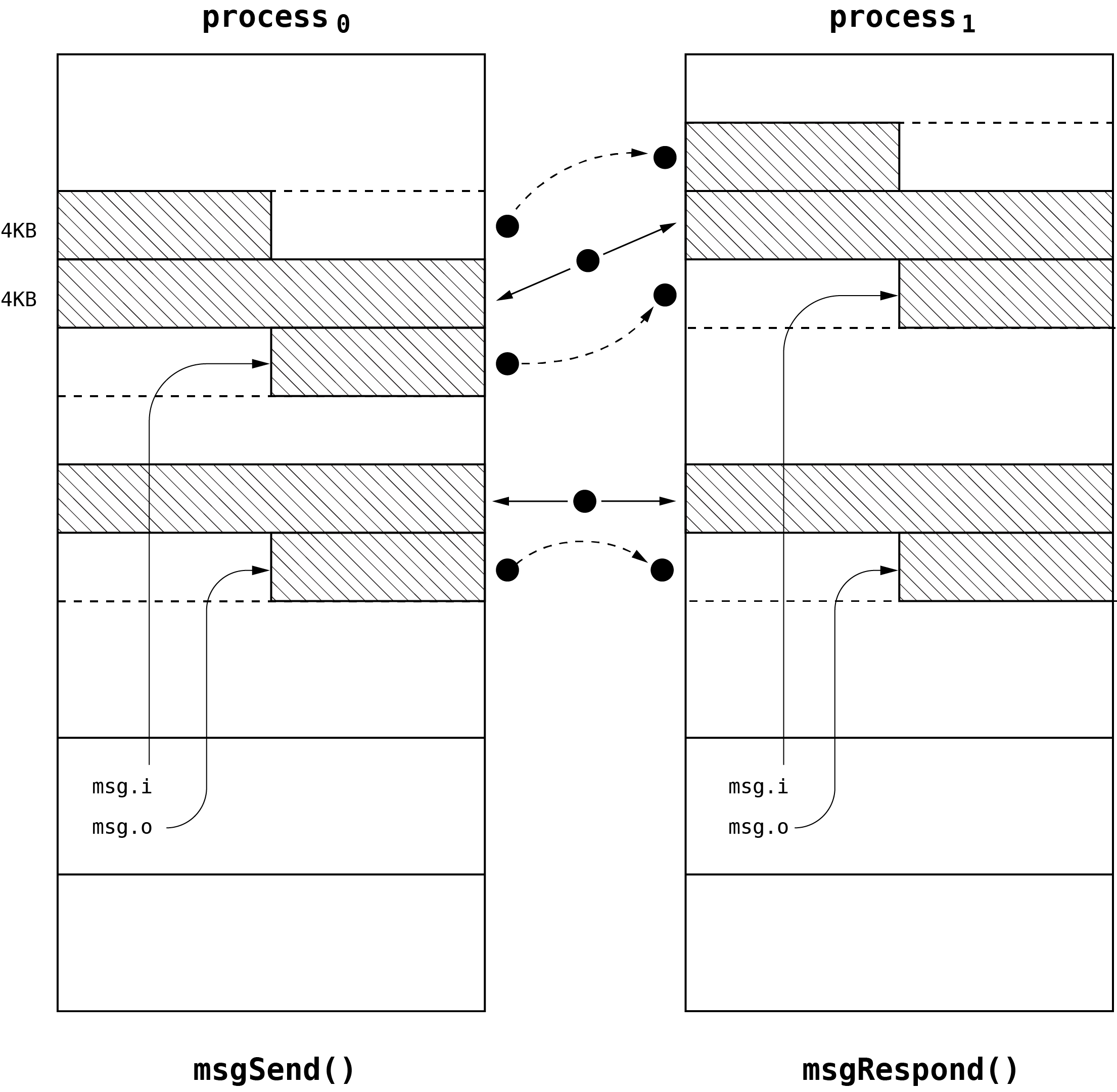 There is another type of optimization. If input or output data size is lower then page size and data fits into the buffer used for application header passing the data is copied instead of using virtual memory capabilities which provide extra overhead for small messages.