Phoenix-RTOS microkernel based real-time operating system will be submitted to the XXIII edition of the Polski Produkt Przyszłości competition organised by Polish Agency for Enterprice Development in cooperation with National Centre for Research and Development as part of the Smart Growth Operational Programme 2014-2020.

Phoenix-RTOS is open source since May 2018 and was selected by the influential electronics wortal EETimes as a candidate for the Internet of Things operating system standard. Phoenix-RTOS constitutes foundation for metrology and communication devices widely used in modern energy distribution networks (Smart Utilities).

iSmart inteligent gas meter iSmart based on Phoenix-RTOS has been developed by the Polish gas meter manufacturer Apator Metrix, the largest gas meter manufacturer in Poland and recently has been selected in the Polskie Sieci Gazowe tender for gas meters compliant with the the requirements of the Polish SMART-GAS communication protocol. Next generation inteligent smart energy meter also based on Phoenix-RTOS is currently in the final prototype phase of the besmear.energy project co-financed by the National Centre for Research and Development, with the first commercial implementation developed within the contract with Apator S.A, leading energy meter manufacturer in Europe. 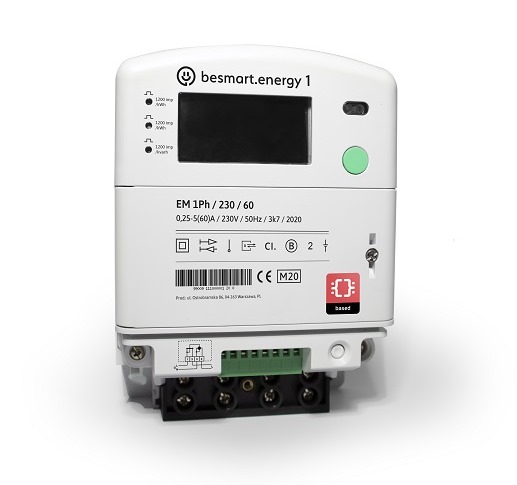 Project purpose and information about the project

The goal of the project is development of the new DO-178C DAL A certifiable version of the Phoenix-RTOS operating system (henceforth Phoenix-RTOS 178). DO-178C contains guidelines for development of software dedicated to critical applications and is commonly used in civil aviation. There are several operating systems compliant with DO-178C available on the market. Just to mention a few it is Green Hills INTEGRITY-178, DDC-I Deos, Wind River VxWorks 178, LynxOS 178, Sysgo PikeOS and QNX. All the above mentioned except for Sysgo PikeOS are offered by US-based companies and are subject to US export regulations. It implies difficulties in applying for license or the high cost of the license blocking usage in e.g. UAVs dedicated to certified missions. Hence, creation of a new European operating system facilitating the development of software compliant with DO 178C, in particular for new UAVs for certified missions, is of particular importance. Such operating system can be also used for implementation of avionic systems like mission control, navigation and IFF systems. Phoenix-RTOS operating system has been developed as the successor of Phoenix operating system created at the Faculty of Electronics and Information Technologies of Warsaw University of Technology in years 1999-201. Based on Phoenix- RTOS, smart energy meters and data concentrator for Smart Grids have been developed (e.g. 30 000 concentrators for Energa-Operator). In 2017 the work started on new Phoenix-RTOS 3 operating system based on scalable, microkernel architecture. Version 3 is available on the open-source BSD license. Due to its modularity, capability to separate critical system parts, it constitutes the foundations for creation of new version compliant with the requirements of DO-178C. Within the scope of the project, Phoenix-RTOS 178 microkernel for IA-32 will be developed in compliance with the requirements of DO-178C DAL A and the Certification Data Packet will be prepared for system integrators.

Phoenix-RTOS 178 will be implemented in products (UAVs, drones etc.) of avionics manufacturers based in Poland. In the first order, it will be autopilot manufacturers, who prepare their products to the legislation changes focusing on ever growing care for safety as well as increasing certification requirements for the aviation products. For the first implementation uAvionics company offering autopilot systems has been selected. The manufacturer targets the UAV market for it avionics products. Phoenix-RTOS 178 is also planned to be offered to the Polish pilot aircraft manufacturers. At the same time, Phoenix-RTOS 178 will be offered to the foreign aviation companies operating in Poland (e.g. Rockwell Collins).

Project purpose and information about the project

The aim of this project is to develop the 3rd version of Phoenix-RTOS operating system, which is dedicated for devices with low power consumption as well as the development of, compliant with version 3, communication software stacks (G3-PLC, 802.15.4, 802.15.4g, Wireless M-Bus), popular in IoT. The new version of the system will have microkernel architecture and feature high implementation efficiency (20KLoC kernel size and 100KB of code). Phoenix-RTOS system is developed for more than 18 years, initially as a master's thesis at Faculty of Electronics and Information Technology (Phoenix OS), then at Phoenix Systems company (Phoenix-RTOS 2). Version 2 has been widely implemented (Data Concentrators at Energa-Operator, smart meters in Kazakhstan, smart gas meters). The second version of the system is recognized on the market as a real-time system for Smart Grid and software-defined solutions. One of the modules of this system is Phoenix-PRIME - the world's first software-defined implementation of PRIME 1.3.6 PLC standard. The system's big advantage is UN*X application interface, which allows a wide range use of open-source applications. Many Internet of Things devices (e.g. electricity meters) vendors understand the need the operating system being the basis for effective software implementation. The main restriction of the second system version (which causes its restricted scalability, modularity, possibility of testing and increasing hardware requirements) is monolithic, large kernel that implements most of the system functionalities. Easy usage of the system is not possible in devices based on microcontrollers and which are requiring low power consumption. Understanding the market needs, trends of microcontrollers development and popularization of software-define approach for device development and having many partners that already use the system in their devices it was decided to develop a new version of the system.

Phoenix-RTOS 3 will be implemented in Apator Metrix smart gas meters and in Saiman smart energy meters (Kazakhstan). Additionally Phoenix-RTOS 3 will be implemented in the future Data Concentrator Units manufactured by Energa-Operator for next smart meter deployments. The revenue stream will be generated based on current agreements and sale channels. New products will benefit from the results of the submitted project (lower costs, lower power consumption, low computing power requirement) to gain competitive advantage on the market.As part of the multiyear agreement signed between Apator Metrix and Phoenix Systems in 2016, Phoenix Systems developed the core part of the smart gas meter software based on STM32 low power architecture and running under control of the Phoenix-RTOS operating system. After certification completed in 2017, it will be used in the current generation of the smart gas meters to be offered in Poland and other European countries, first in Italy and then in Great Britain and other countries. The current generation still uses separate hardware communication modem (GSM, ZigBee SEP 1.2, Wirless M-Bus). The results of the submitted project will be implemented in the next generation smart gas meter in the Apator Metrix product portfolio. The communication modem (except GSM) in the form of a separate hardware component will be replaced by software implementations of wireless communication protocols ZigBee and Wireless MBus (depending on the requirements of specific target market as mentioned above). The existing smart gas meter software will be ported to run under control of the new operating system Phoenix-RTOS 3. As part of the joint project with Atende Software and Phoenix Systems (agreement signed also in 2016), Saiman company will implement new microkernel based Phoenix-RTOS 3 operating system in their line of smart energy meters based on current license agreement. The new version gives Saiman possibility to implement new type of meters and the market and export products to neighbor countries like Uzbekistan where large scale smart meter deployments are planned.