This version is designed for Xilinx Zynq-7000 SoC (System on Chip) with ARM Cortex-A9 core. To launch this version the final disk image should be provided. The image is created as the final artifact of the phoenix-rtos-project building and is located in the _boot directory. The disk image consists of the bootloader (plo), kernel, UART driver (tty), dummyfs filesystem server (RAM disk), and psh (shell). Necessary tools to carry out the flashing process are located in the _boot directory as well.

To make instructions given in this quickstart possible, you should check out to feature/syspage branch and update submodules before building a system image.

Launch these commands from the phoenix-rtos-project directory: 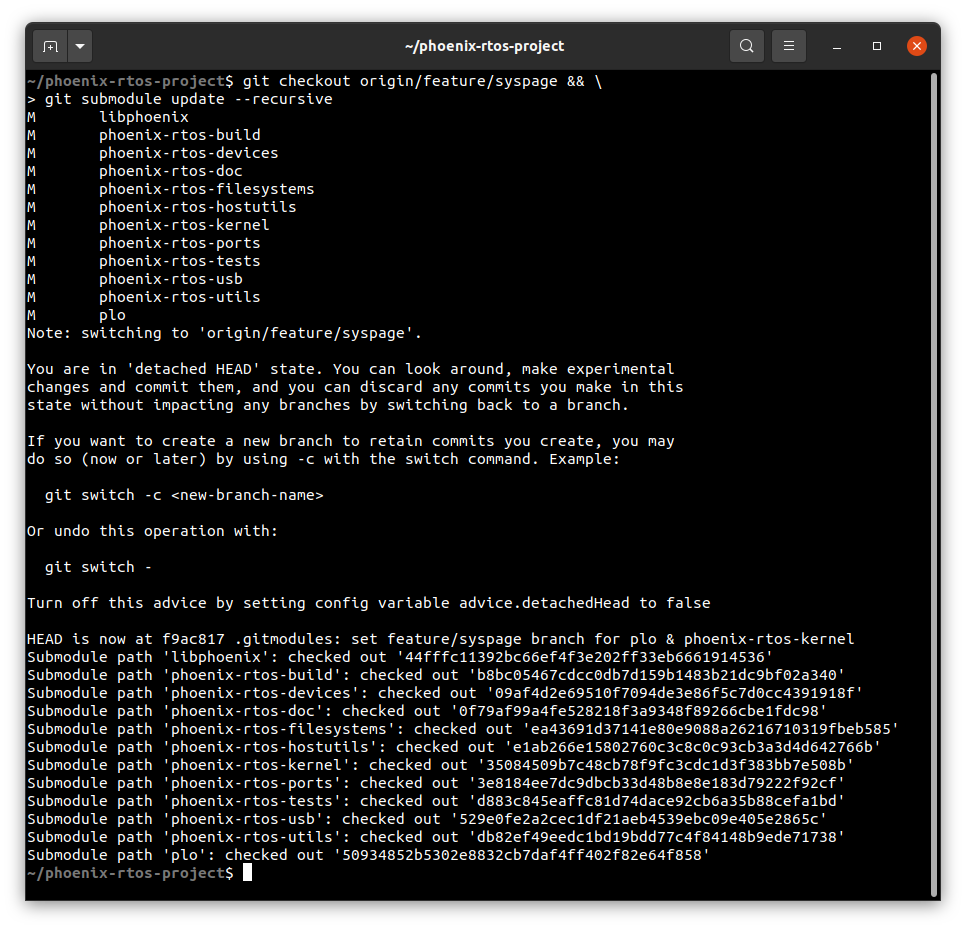 After that, you can run the build.sh script for the armv7a9-zynq7000 target architecture.

See how to build the Phoenix-RTOS system image

Development board or emulator

The easiest way to start programming hardware targets using Phoenix-RTOS is to get some of the evaluation boards with a specified target processor or microcontroller. In this case ZedBoard is the example of a board with the zynq7000 SoC, where the default configuration of peripherals allows to run Phoenix-RTOS. The next steps for a development board are described below.

If you don't have one, you can check the running system for this target architecture on an emulator and follow the steps from the site below.